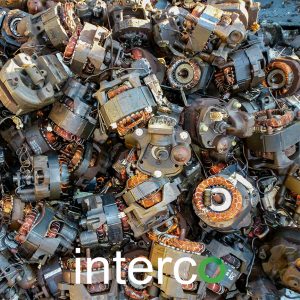 Where to Sell Scrap Electric Motors

Electric motors are often collected for scrap metal recycling. Recyclers sell scrap electric motors because they are heavy and contain a large amount of copper wire.

These components include the shaft, copper windings, bearings, armature, stator, and more.

Electric motors are fully recyclable since most of its components are metallic. The valuable and recyclable metals include: 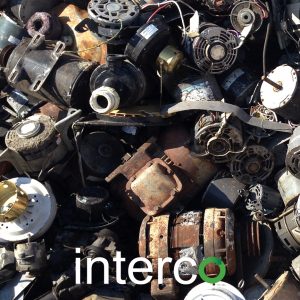 About Where to Sell Scrap Electric Motors

Most motors comprise of valuable copper and aluminum components. However, the exterior of most motors is comprised of steel with a strong shell which protects the more fragile wiring and parts within.

Interco buys domestic loads of scrap electric motors in mixed or straight loads in combination with any other nonferrous metals or eScrap. The Interco facility is comprised of five buildings on more than 40 acres. The 40-acre facility has more than 20 docks and can receive loads by van trailer or dump.

The material can be found in a variety of items like vacuums, computers, ceiling fans, air conditioners, and more. An electric motor is a machine that converts electrical energy into mechanical energy.

Interco recycles numerous pounds of motors each year. As a result, recyclers categorize motors into three main categories of size:

Interco is a global recycling company providing metals, computers, and electronics recycling services to industrial, dealer, and government organizations throughout the western hemisphere. The company specializes in the placement of smelter-ready materials throughout the world utilizing established partnerships with end consumers in the United States, Europe, and Asia. The 400,000+ sqft. Interco operates on is centrally located on the Illinois-side of St. Louis in the shadows of the Gateway Arch. 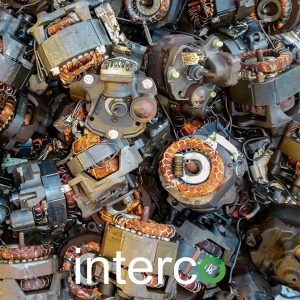