7 Things You Did Not Know About eWaste

Recyclers use the term eWaste or eScrap to describe business and consumer electronic products on the verge of retirement or already spoiled. Here are 7 things you did not know about eWaste:

1. eWaste is a Rich Source of Raw Material

Approximately 10-15% of gold is recoverable from eWaste worldwide. In addition, it is said that eWaste contains deposits of precious metals that estimate between 40 and 50 times costlier and richer than their ores beneath the earth’s surface. Recycling eWaste can significantly decrease the demand for mining heavy metals and reduce the greenhouse gas emissions from manufacturing virgin materials.

2. The United States Produces One of the Largest Amounts of eWaste in the World

The U.S. created 50 million tons of eWaste in 2019, which is equal to 20 Empire State Buildings. Dead electronics make up the world’s fastest-growing source of waste. Electronics contain toxic materials like lead and mercury, which can harm the environment and people. Americans send about 50,000 dump trucks worth of electronics to recyclers each year, according to PBS. 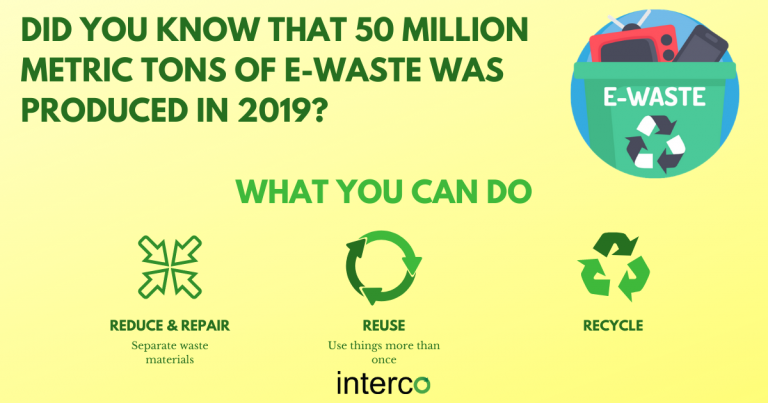 3. Only 30% of the World’s Demand for Copper is Met Through Recycling Copper Scrap 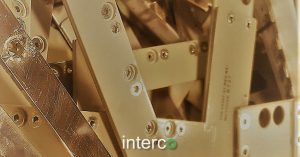 That means that 70% is supplied through the active mining of a steadily depleting resource. However, it is worth mentioning that copper is one of the most valuable metals scrap when it comes to recycling because of its infinite recycling life. Copper scraps has also proved to be a valuable resource due to its high thermal and electrical properties.

4. eWaste Around the World

The volume of eWaste generated in China expects to reach 27 million tons in 2030 from 15 million tons in 2020. eWaste is piling up around the world at a rate of 40 million tons per year. The eWaste produced annually is worth over $62.5 billion, more than the gross domestic product (GDP) of most countries, according to the United Nations Environment Programme. 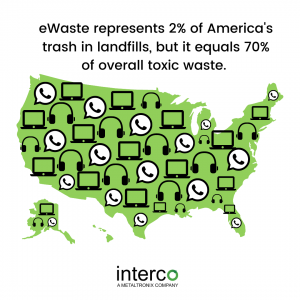 eWaste represents 2% of America’s trash in landfills, but it equals 70% of overall toxic waste. The toxic chemicals found in eWaste often seep into the ground or may release into the air, impacting the environment and local communities. Electronic waste affects just about every system in the human body because the materials that make up eWaste contain a surplus of toxic components, including mercury, lead, cadmium, polybrominated flame retardants, barium, and lithium.

Computer and electronics recycling help reduce toxic waste which would otherwise pollute the environment. eWaste that is not disposed of properly is considered hazardous because it contains metals and other materials that can harm humans and the environment. The most important reason to care about eWaste is reducing out environmental impact.

In conclusion, recycling eWaste is important because it works to keep materials out of landfills. Interco is an expert in recycling loads of mixed scrap material. To learn more about Interco’s services, click here.